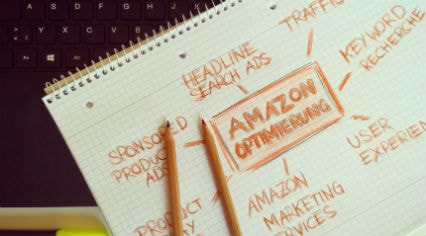 “The new pricing for EC2 (Elastic Compute Cloud) and EBS (Elastic Block Storage) used with EC2 instances will allow greater flexibility and efficiency for customers wanting to expand their use of cloud computing data. The pay as you go model inspired our customers to think about new ways to develop, test and run applications of all types,” Jeff Barr, chief evangelist at AWS said.

The Details
Under the new plan, usage of Linux instances that are launched in On-Demand, Reserved and Spot form will be billed in one-second increments, as will provisioned storage for EBS volumes.

“AWS Batch and Amazon EMR also will be subject to per-second billing. Customers add capacity to their EMR clusters to get results more quickly. With per-second billing for the EC2 instances in the clusters, adding nodes will be more cost-effective than ever.” Barr noted. “With regard to AWS Batch, many customers complete their batch computing jobs in less than an hour”, he pointed out. AWS Batch already launches and terminates Spot Instances, which are purchased through bidding on spare computing capacity, and often are 50 percent to 90 percent cheaper than on-demand pricing.

Many customers can now get the most value from EC2 by strategically choosing the most advantageous target instances when managing gaming, ad tech or 3D rendering fleets, Barr pointed out.

Saving Money is Only One Element
Barr continued, “Although saving money is an important part of the AWS billing change, it’s not the most important. The change leads to innovation, as customers study compute-bound problems in new ways,. For example changing the method of provisioning transient environments for dev and test workloads, or improving support for continuous integration.Per second billing is not available running Microsoft Windows or Linux distributions with a separate hourly charge. There will be a minimum one-minute charge per instance.List prices and Spot Market prices will continue to be listed on a per-hour basis, but billing will be calculated to the second. The same goes for Reserved Instance use.Competitive Positioning for AWS
It is evident that AWS intends to compete aggressively to maintain its market share leadership in an increasingly crowded space for cloud services.

“That is not to say it has to have the lowest prices on everything, but at least it has to be there or thereabouts in all of the major service areas,” said John Dinsdale, chief analyst at Synergy Research Group.

The main reasons companies have been moving their data to the cloud are to gain speed, flexibility and agility, he told the E-Commerce Times.

Cloud providers don’t necessarily want the price to be the main criteria for choosing a service platform, but they need to be seen as reasonably competitive with each other.

“Customers are becoming increasingly concerned about losing control of the cost of cloud computing services they are acquiring,” noted Jeff Kaplan, managing director of ThinkStrategies.

“Large clients would prefer this level of pricing to reduce costs and improve accountability,” said Jim McGregor, principal analyst at Tirias Research. “When you spend triple digits or more on an IT resource,” he told the E-Commerce Times, “minutes or seconds can really add up.”