Microsoft is Live Streaming from Its Underwater Data Center 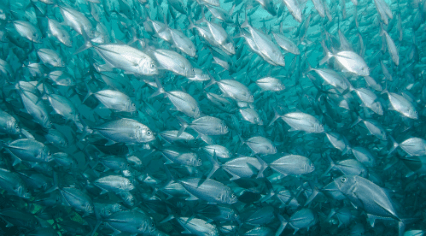 If you happen to be one of those people who’s always thought there is something fishy about Microsoft, you may want to take a look at the live video that’s streaming online. Your suspicions will be confirmed.

The video comes from a couple of cameras watching the “Project Natick” data center that Redmond deployed in June.

Natick is a horizontal, cylinder-shaped structure that lies on the ocean’s floor at the European Marine Energy Centre. Which isn’t far from Scotland’s Orkney Islands. If the video feed is any indication, it’s often surrounded by large schools of fish. Most don’t seem to be paying the metal structure any mind. Other fish seem to be nuzzling up against the structure, maybe performing a service by eating some undersea life that has attached to the outside.

The data center was dropped (slowly!) to the bottom of the sea in early June as an applied research project designed to investigate manufacturing and operating environmentally sustainable, prepackaged data center units that can be rapidly deployed and left to operate lights out on the seafloor for years.

Neatly crammed into the vessel are 12 racks containing 864 standard Microsoft data center servers with FPGA acceleration and 27.6 petabytes of disk, which Microsoft says equates to the compute power of several thousand consumer PCs and enough storage for about 5 million movies. There is also infrastructure for cooling, which is done using saltwater. Non-corrosive dry nitrogen is used to keep the inside pressure at a single atmosphere. Attached to the structure are power cables to bring in 240kW and a fiber optic cable for data.

The center is expected to operate maintenance-free for 5 years.

According to Microsoft, the project will help researchers determine whether it’s possible to use the existing logistics supply chain to ship and rapidly deploy modular data centers anywhere in the world.

Microsoft points out, a large portion of the population lives within a couple of hundred miles of the coast, and data centers are more effective when they are close to the people they serve. Real estate on the ocean floor is probably a lot cheaper than on dry land.

So, what’s the purpose of video streaming live from a data center anchored more than a hundred feet below the surface? It’s great PR, and the sight of little fishes happily swimming around the structure has to help the “going green” image that Microsoft is trying to cultivate.